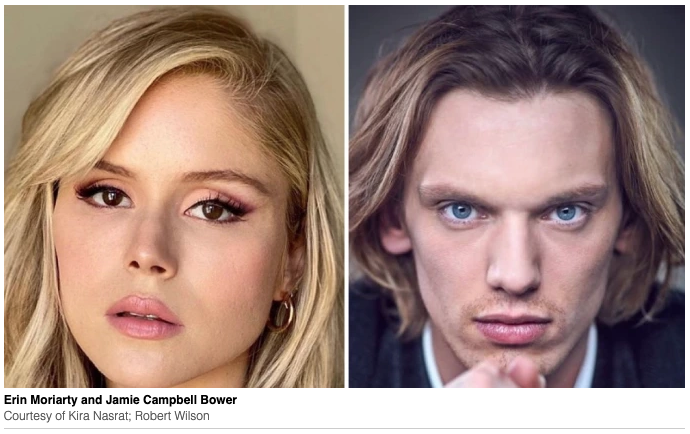 EXCLUSIVE: Erin Moriarty (The Boys, Jessica Jones) and Jamie Campbell Bower (Stranger Things, Fantastic Beasts: The Crimes of Grindelwald) have signed on to star in Screen Gems’ film True Haunting, based on Edwin F. Becker’s book of the same name, which will be directed by Gary Fleder.

As per its title, True Haunting is based on true events. When Ed and Marsha Becker purchased their first home, they soon discovered the dwelling was haunted by ghosts. Specifically, the sinister family who lived and died there before. Desperate for help, the Beckers sought out an exorcism. The first ever televised. Millions around the country tuned in. Although the broadcast was a success, the exorcism was not. Instead, it made things worse. Much worse…

Moriarty can currently be seen as Annie January (aka the superhero Starlight) on the hit series The Boys, produced by Amazon Studios and Sony Pictures Television Studios. She’s also appeared in such series as Marvel’s Jessica Jones and HBO’s True Detective, and in films including Monster Party, Driven, Kong: Skull Island, Captain Fantastic and The Kings of Summer, among others.

Bower will next be seen in the anticipated fourth season of Netflix’s hit series Stranger Things. He’s previously appeared in such films as Fantastic Beasts: The Crimes of Grindelwald, The Mortal Instruments: City of Bones, Harry Potter and the Deathly Hallows: Part 1 and Sweeney Todd: The Demon Barber of Fleet Street, along with three Twilight pics and other projects. Bower, who is also a musician, will release his next singles “Run On” (originally recorded by Odetta Gordon) and “Devil In Me” on March 31 via Five To One Music.